Our Cars, Our Community, Our Club

Our mission is to cater for the needs of anyone interested in Veteran, Vintage, Classic and Historic vehicles twenty-five years and older. We encourage the preservation, restoration and the use of these types of collectable motor vehicles. We cater for Vehicles from the 1900’s to current classics as long as they are over 25 years old, we welcome you to our club.

Monthly meetings are held at 7:30pm on the 4th Wednesday of each month at our Club house located at Mossfiel Pavilion on the corner of Mossfiel Drive and Branton Road, Hoppers Crossing. We have been a recognised family club since 1991 and have a wealth of information and friendly members. Club meetings are a place to meet likeminded individuals within our local community.

Once a month the club organises a run. It's a great excuse to get your classic vehicle out and share the day with the family and other club members.

Each month a coffee run is organised, we pick a local cafe and meet up for a coffee and chat, another excuse to get out on Sundays and give the old girl a run. Typically this will include a cruise to a venue for lunch or a picnic

Membership of Werribee and District Collectable Vehicle Club (Inc.) is open to anyone that has an interest in all types of vehicles over 25 years or older from any manufacture, whether their vehicles are original daily drivers, restored show cars, modified street machines or modern classic vehicles.

Committee arranged for Club to hold as a consolation event a Christmas and Breakup Picnic on December 19th as this year with all restrictions and concerns surrounding COVID-19 we were unable to hold our normal picnic day with children’s’ party with Santa, and our end of year breakup at the Club Rooms. The location chosen as it was close to Werribee has nice outlook with Cafés and other food outlets around for those not wishing to bring along a picnic. We finished up with a great turnout of 44 members with a very nice selection of Club Vehicle’s to display along the forecourt. The display appreciated from people walking and residents of high rise apartments many of whom stopped some enquiring about possibility of joining our club or came down to take images of vehicles and owners. A big thank you to Linda who offered to take on the role of parking warden and soon had members backed up into their allocated slots with the minimum of fuss. Members unpacked their picnic, tables and chairs and setup on the lush grass alongside their cars, nibble’s and coffee soon set out for members. Weather forecast was for partly sunny but windy and as anyone knows as soon as you put on an event the weather god’s decide to change their mind. As the afternoon wore on it became cooler, then damn cold to fin- ish up with being freezing. Winter type jackets were the norm and in the end rugs and blankets were brought out to wrap one up to ward off the cold wind coming directly across the bay from South West. A couple of other nice cars turned up from Northern Car Club to see some of our cars. We approached them to see if they were willing to judge our cars and select one for a trophy that we presented on the day. They were very obliging and selected Rob Soulsby’s VC Commodore SLE as the trophy winner. The weather in the end, one out and we pulled the pin early, and members were very quickly back in the cars heading home to get warm. Thanks John for supplying contact details of Harbour Master for us to arrange approvals. 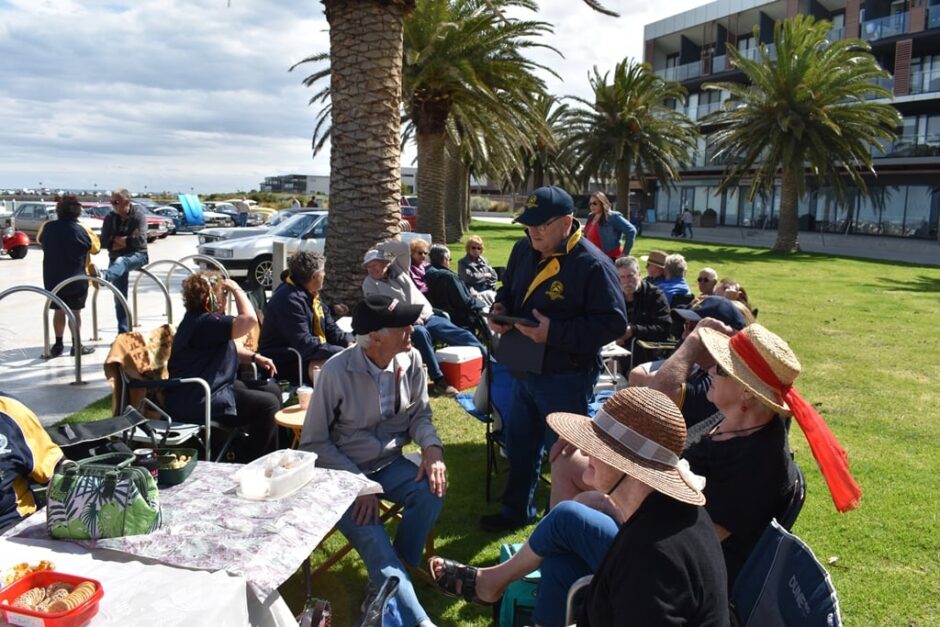 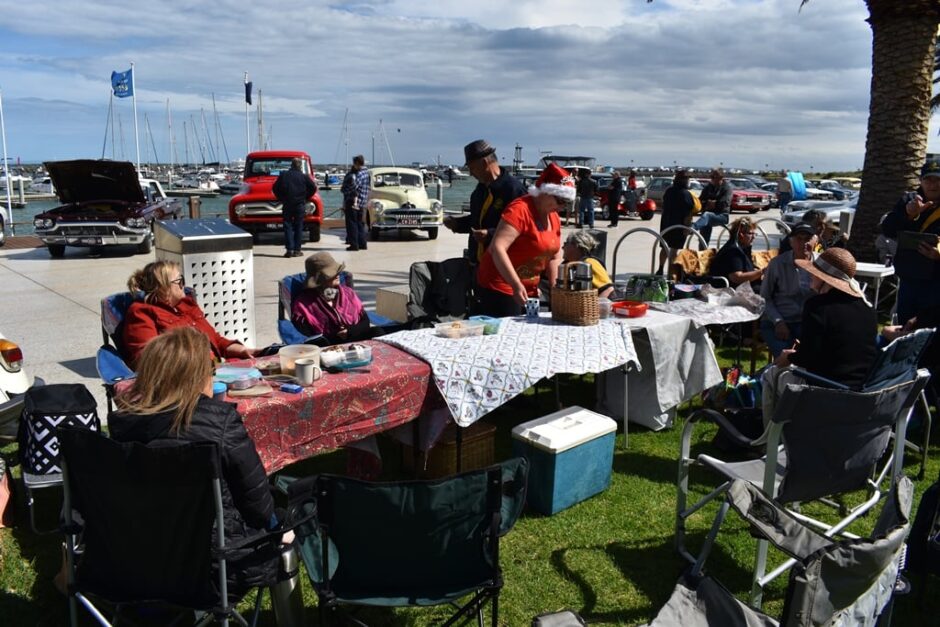 A great time was had by all and some trade secrets of Eddies were revealed.